Water crisis in Des Moines: Why does a river city need wells? | Friends of the Mississippi River
Skip to main content

Water crisis in Des Moines: Why does a river city need wells? 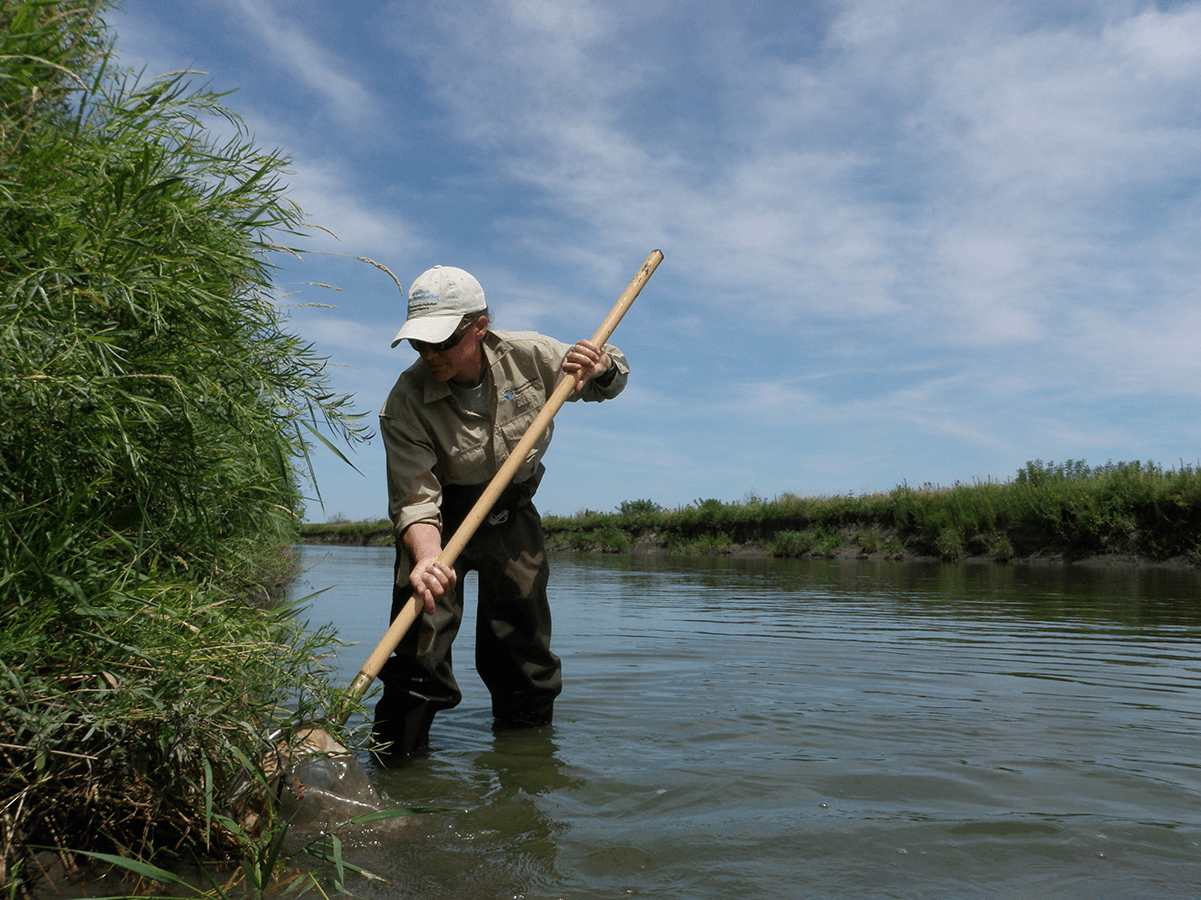 Contamination of the Des Moines River accumulates from upstream sources, which is forcing Des Moines city officials to start pivoting to a drastic new plan: drilling $30 million worth of wells rather than drawing water from the rivers that run through the city. (Photo: Des Moines River-Headwaters by MPCA Photos)

From its early days as the home of the Meskwaki, and over the course of nearly two hundred years as a major U.S. fort and then Iowa's capital city, Des Moines and its surrounding area has relied on abundant clean drinking water from two rivers: the Des Moines and the Raccoon, both tributaries of the Mississippi. Now, though, that vital natural resource is drying up, literally and figuratively, and officials are facing the almost unbelievable prospect of drilling wells to supply the city's quarter-million residents.

The threat to Des Moines' water is the story of two crises, both coming to a head in the present day. The first is one that all of us face: climate change, and the extreme weather events it brings (particularly drought and floods). The second is the consequence of Iowa's hands-off, fencerow-to-fencerow approach to farming, which allows massive amounts of fertilizer to run off the landscape and contaminate lakes, streams and rivers.

As the Associated Press details, "Water Works [the region's utility provider] for years has tried to force or cajole farmers upstream to reduce the runoff of fertilizer that leaves the rivers with sky-high nitrate levels, but lawsuits and legislative lobbying have failed. Now, it's considering a drastic measure that, as a rule, large cities just don't do — drilling wells to find clean water."

Such wells will cost taxpayers tens of millions of dollars, on top of the $18 million already spent this century on other treatment systems that couldn't keep up with the snowballing problem.

"Iowa’s drinking water sources are in crisis," says Ingrid Gronstal, Water Program Director at the Iowa Environmental Council. "The current drought has brought the Raccoon River to historically low flow, averaging roughly 10% of its median flow over the past month."

Agricultural and surface water problems aren't quite so dramatic north of the Iowa border here in Minnesota, but nutrient runoff from farms and urban landscapes still poses a big problem.

Friends of the Mississippi River is a founding member of the Forever Green Partnership, a coalition uniting the agriculture and conservation sectors that seeks to advance a bold idea: "Continuous living cover" on our farmlands that mimics and provides the benefits of earth's natural systems (including water purification) while providing a steady return for farmers. As climate change takes hold, such natural resilience will be even more vital to protect our ag sector and the economies that rely upon it.

We've been heartened to see recent momentum on this front at both the state and federal levels. As part of the budget passed earlier this month by the Minnesota Legislature, Forever Green received $4 million in new funding for crop research, development, and expansion of the Partnership. FMR played a major role in advocating for this funding support, which was led in the MN House by Rep. Ginny Klevorn and in the Senate by Sen. Scott Dibble.

In Washington, D.C., 18 month's worth of intensive FMR and partner groups' organizing has just paid dividends with the introduction of a bill to create the Mississippi River Restoration and Resilience Initiative (MRRRI), a federal program that would greatly scale up funding for river protection efforts — including an emphasis on continuous living cover.

U.S. Rep. Betty McCollum, our key champion in Congress, has made it clear that MRRRI is among her top priorities. Gronstal of the Iowa Environmental Council emphasizes that river issues can't be treated just on a state-by-state basis. "Both the Des Moines and the Raccoon are tributaries of the Mississippi River, and excess nutrients from Iowa’s leaky agricultural system cause contamination and degradation all the way to the Gulf of Mexico. We need initiatives like MRRRI that will provide resources and incentives for large-scale land-use change in the Mississippi River Basin to protect human health and the environment from the headwaters to the Gulf.”

Until we get these leaky systems under control, the costs to us all will continue to skyrocket. It's time to invest in solutions that make sense for farmers, city dwellers and everyone in between.

Sign the petition to create a new federal program to protect the river from the headwaters to the Gulf of Mexico, the Mississippi River Restoration and Resilience Initiative.

When you sign, you'll also be enrolled in the FMR River Guardians program to receive emails when impact important river issues like this arise. We only email when it's important, and we make it quick and easy to contact decision-makers.

More from the water blog