Where FMR's priorities stand at the Legislature 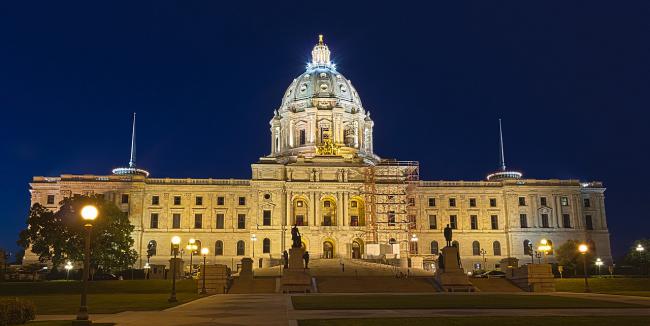 Sign up as a River Guardian and we'll email you when the time is right to contact your representatives on clean water issues this session.

FMR entered this unique 2022 legislative session with a slate of clear priorities. As lawmakers prepare to head back to work on April 19 after a week-long break, now is a great time to take stock of where things stand before the final push to adjourn by the May 23 deadline.

Here's how FMR's top priorities are faring in the Legislature at the moment:

Learn more about the status of FMR's top priority.

In 1998, Minnesota voters approved a constitutional amendment dedicating a portion of lottery proceeds to the Environment & Natural Resources Trust Fund. However, the constitutional dedication of lottery proceeds to the fund is set to expire in 2024. Renewing the dedication requires a public referendum, which can only be triggered by the state Legislature.

While we're thrilled that the Senate bill has bipartisan support and is ready to move through the Rule committee to eventual Senate floor passage, we are bitterly disappointed that the House has not taken any action. Luckily, it's not too late.

Learn more about this issue and take action today.

FMR has long advocated for a sustainable solution to funding the state's Soil & Water Conservation Districts. County-based SWCDs are Minnesota's frontline conservation organizations, working hand in hand with local landowners to implement a variety of conservation projects that conserve soil, water and related natural resources on private land. The House position provides that funding long term through the omnibus tax bill. Unfortunately, the Senate position fails to include any long-term or supplemental SWCD funding.

As we noted earlier in the session, the Senate has advanced an alarming attempt to roll back the Minnesota Environmental Rights Act (MERA) in an effort to continue unsustainable groundwater pumping in the White Bear Lake area. MERA is one of our state's bedrock environmental laws, and we're disappointed to see this controversial language included in the Senate Omnibus Environment Bill. Fortunately, the House position does not include this provision.

Learn more about this issue and take action today.

Getting the lead out

At FMR, we believe that everyone deserves clean, safe drinking water. While lead was banned for plumbing in 1986, existing lead pipes remain a threat in Minnesota. The most effective way to limit toxic lead exposure in drinking water is to remove lead service lines connecting a home or building to the public water main. Both the House and Senate have heard bills that would fund lead service line inventory ($10 million) and replacement ($300 million) over 10 years and set a goal of replacing all lead service lines by 2032.

Additional legislation explores prohibitions on lead shot and tackle, as well as funding for lead abatement in schools, daycare centers and consumer products.

Read up on each of these efforts to "get the lead out" and take action today.

FMR has supported legislative efforts to reduce salt pollution in Minnesota for several years following the results of our 2016 State of the River Report that showed an alarming increase in chloride concentrations in the metro Mississippi River. Behind the valiant efforts of Stop Over Salting (SOS), the Minnesota Center for Environmental Advocacy, Clean Water Action and others, we remain hopeful and continue to urge lawmakers to act on this long-overdue legislation.

Sadly, salt legislation has stalled in the House, and was not included in the Omnibus Environment Bill. Over in the Senate, SF 2786 has also stalled, though there is a slight chance it could be added to an omnibus bill via floor amendment. These bills are, for now, "mostly dead," but it's still important to voice your support for legislation like this through our 2022 petition.

The Future Fuels Act: Putting the "Clean" in a Clean Fuels Standard

While a state clean fuel standard may hold modest promise for reducing transportation sector greenhouse gas emissions, a standard also poses potential risks to our state's water quality, habitat, pollinators and public health by incentivizing further conversion of natural areas to row-crop acreage for the production of corn ethanol. With that in mind, FMR and our allies have developed a series of principles we will insist the state include in any clean fuel standard proposal that is brought before the Legislature this session.

FMR supports the amended legislation heard in the House Climate and Energy Finance and Policy on March 29. No action was taken in the Senate, and the bill is dead for the 2022 legislative session.

FMR supports the River Learning Center, a river-focused hub for environmental and cultural learning and river recreation in Crosby Farm Regional Park. A National Park Service headquarters and visitor center would also be housed in the River Learning Center. The city of St. Paul has included the River Learning Center in its bonding priorities for this session. Bills to fund the center await action in the Capital Investment Committees (bonding committees) in both chambers. We anticipate these bills will come forward for debate later in the session as lawmakers dive into the details of their bonding proposals.

The next five to six weeks are likely to be a whirlwind of legislative negotiations and political posturing. As both sides have expressed opposition to reconvening for a "special session" post, any decisions on supplemental funding, policy and bonding bills must come prior to the legislative deadline.