Three cheers for the Minneapolis Park Board

The Minneapolis Park & Recreation Board has stayed strong in the face of difficult negotiations with Graco Corporation. In the end MPRB had to take the land along the river for a trail easement by eminent domain. Graco tried and failed to get something in return that would allow them to develop a portion of the adjacent property slated to become Hall’s Island Park. Instead, MPRB paid more than $600,000 for land Graco had promised to donate over a decade ago.

Graco reneges on its promise to provide a riverfront trail easement

Graco, the Northeast Minneapolis company whose headquarters occupy the riverfront adjacent to the new Scherer Park, have disappointed many with their recent attempt to back out of an agreement to provide a public trail easement.
by Irene Jones
March 16 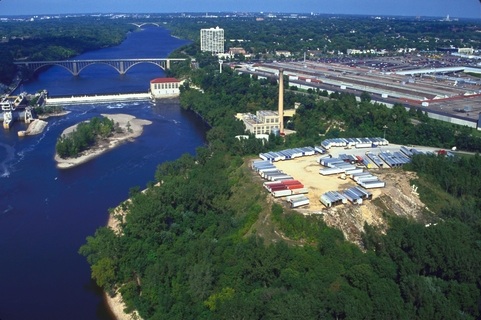 Although future land use on the Ford si