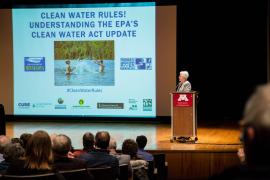 Ribbons of habitat for water quality: Buffers proposal offers new hope for an old problem
by Harland Hiemstra
Earlier this year, Governor Mark Dayton proposed an initiative requiring vegetated buffers along all waters of the state. Although the proposal was initially touted as a way to bolster Minnesota's declining pheasant population, it is clearly one of the most significant water quality initiatives put forward by a Minnesota governor in decades. Read more 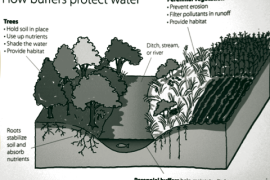 Graco reneges on its promise to provide a riverfront trail easement
by Irene Jones
Graco, the Northeast Minneapolis company whose headquarters occupy the riverfront adjacent to the new Scherer Park, have disappointed many with their recent attempt to back out of an agreement to provide a public trail easement. Read more 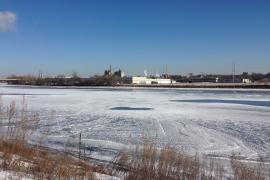 Legislative update: Few reasons to smile amid a deluge of dirty water bills
by Trevor Russell
The 2015 legislative session in Minnesota is shaping up to feature a mixed bag of water quality and natural resource conservation policy. While the Governor's buffer initiative and Forever Green funding are cause for optimism, a deluge of so-called "dirty water bills" has become an unwelcome theme in the halls of the Capitol. Read more 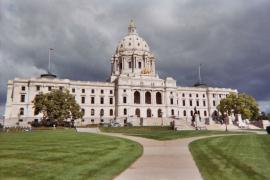 Governor unveils buffer proposal
by Trevor Russell
In what is one of the most important water quality initiatives in decades, the Dayton Administration recently unveiled its detailed stream buffer proposal. The bills were introduced earlier this month and represent the first step in securing strong new protections for Minnesota's perennial watercourses. Read more 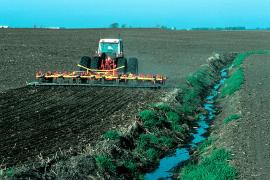